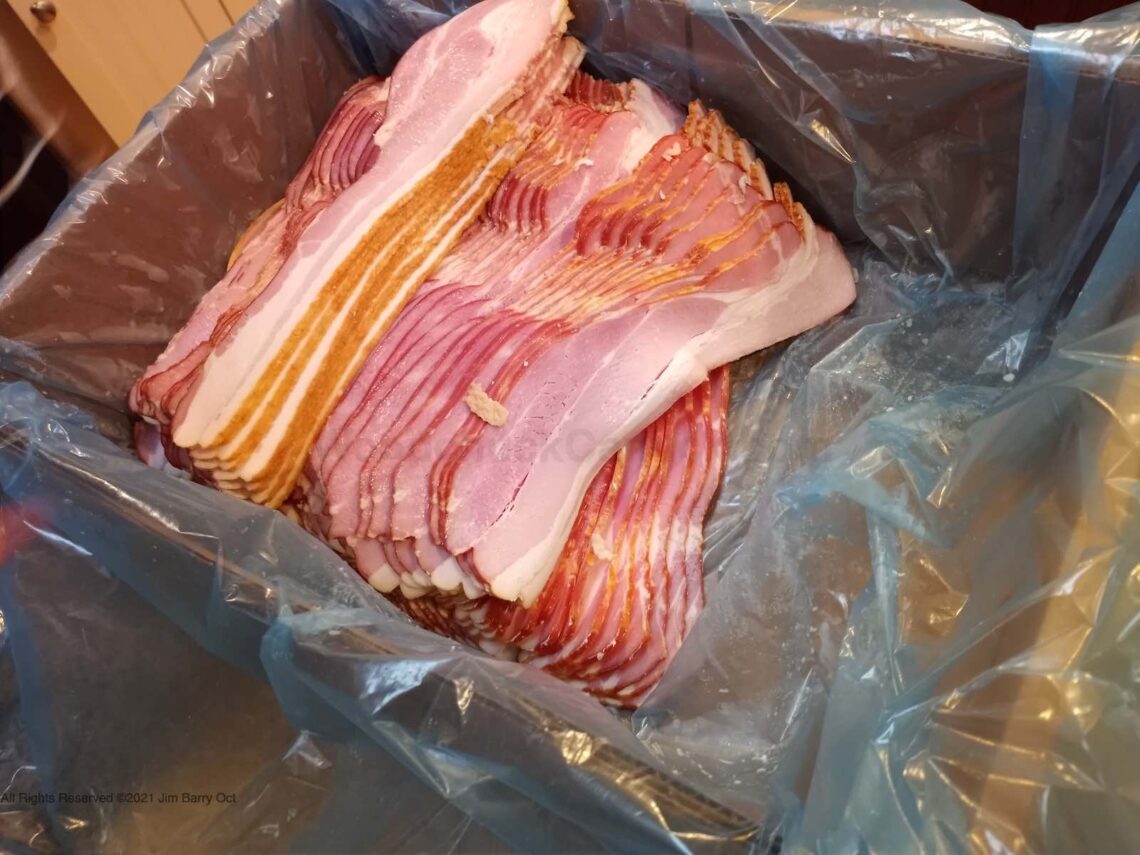 Then to the grocery store where a 1/2 cart full came to $160.00, no meats mostly basics for home baking and dairy. I can say with confidence that in the past 10 years the cost fo groceries has doubled.

Then we went over to a local meat place https://www.tonys-meats.com for the first time. They have been around a long time, selling province wide and probably further. We’ve occasionally purchased their product from the supermarket. This past year I think Tony’s started offering locals the opportunity to bulk buy. They had a box of meats (Meats Only #2) for $60. The price was $75 which included delivery but since they offered pick up service, we saved $15 ! The box contained

A bit better pricing than grocery store, so it was worth it I think. I will probably price check next time at the store. Besides, its supporting local.

Now, you will also see two bigger bulk boxes on either side, on the left is 5.44kg (ten 1lb chubs) of ground pork which cost another $45. 10 lbs of pork is 4.535kg. That works out to $10/kg and if you have been price checking at the grocery store, the regular price of ground pork is $15 to $16/kg. Yes, you can get it cheaper when its on sale for like $8.80/kg. But we don’t live in or even near town so we can’t always take advantage of the sales. Then there’s the quality issue. At the grocery store the meat often comes in frozen, then it thaws while on display, which then goes home and is frozen again (at least in our case). Quality degrades and it’s noticeable. Did I also mention it supports local business! 🙂

On the right in the photo is 5kg of bacon for $60. Let me tell you about the bacon!

Without question, the best quality package of bacon we have ever laid out eyes and nose upon. Well, of course we didn’t put on nose on it 🙂 but the slight smokey aroma was very inviting. More on that later.

We portion them up to 5 slices, wrapped them up, put them back in the box and into the freezer.

The only thing left a taste test. It’s late the day at this point, time for supper. Luckily its never too late to make and enjoy a BLT sandwich!

So there you have it. Quality product sold locally! 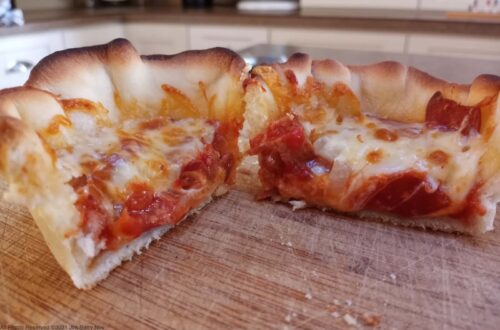 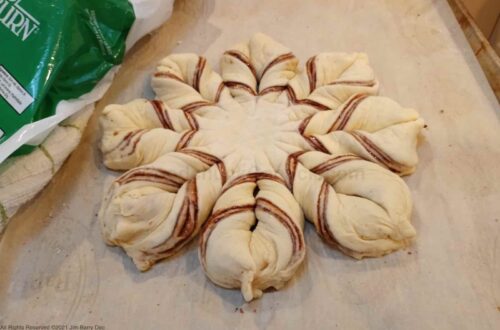 How to build a Cinnamon Star Bread dessert 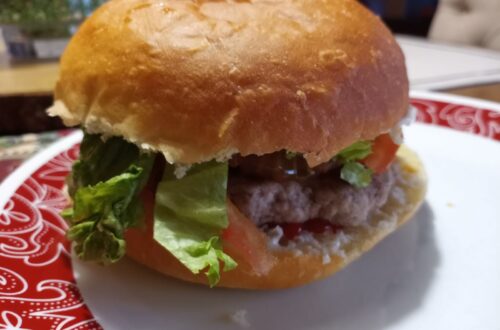