Each Saturday morning I review 10 vintage logging, forestry and saw milling photos. This week’s review of vintage photos takes a look at the log dumping areas, where logs were dropped into rivers, lakes and ponds for transportation further downstream.

Floating logs and logs on railcars in foreground, mill in middle ground, and forest in background.

Looking west at the sawmill, an A-frame crane moves logs from a train to the log pond. Yosemite Lumber, Merced Falls.

Melbourne was a logging center on the Chehalis River seven and a half miles east of Aberdeen in south central Grays Harbor County. It was named for Melbourne, Australia, by Reuben Redmond when he platted the town in the late 1850s. Redmond was a father-in-law of Samuel Benn who founded Aberdeen in the same period.

Logging truck dumping load into pond with stacks of lumber and mountains in background. 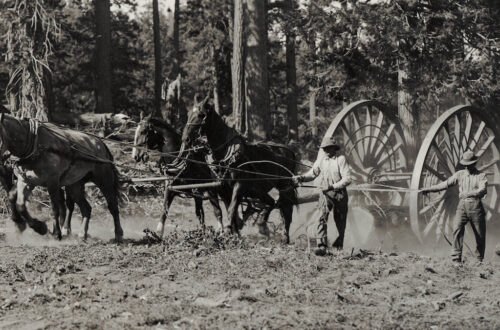 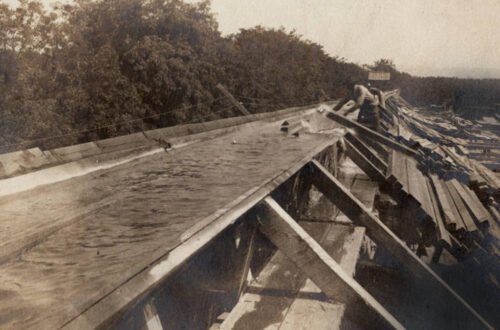 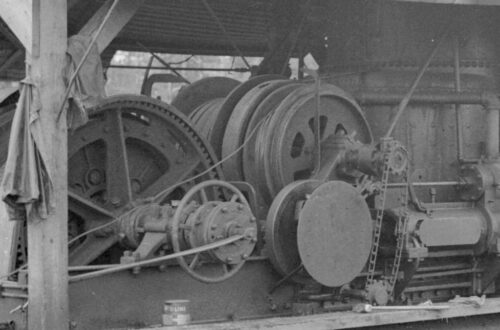