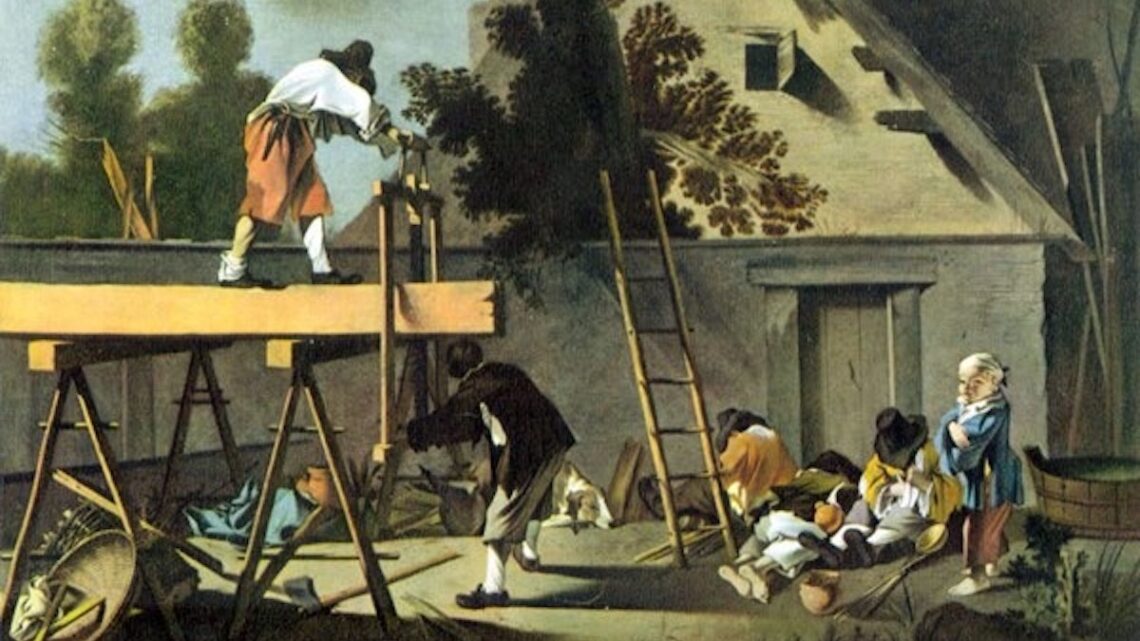 Each Saturday morning I review 10 vintage logging, forestry and saw milling photos. This week’s review of vintage photos features carpenters. After all, without them, we’d all still be living in caves. Right?

Construction crew with pile driver on railroad trestle under construction.
Schafer Brothers Logging Company got its start in 1893 when brothers Peter, Albert and Hubert Schafer began logging on the family homestead 6 miles upstream from the mouth of the Satsop. They logged with oxen and horses for 20 years. The company’s first donkey engine was purchased from Washington Iron Works. Hubert went to work at the factory to learn how donkey engines were made and also to have all of his wages, except for living expenses, applied toward the cost of that first donkey engine. In 1913, they bought a 45-ton Heisler locomotive and laid tracks into the woods from Brady to begin their railroad logging operation. A shingle mill was purchased in Montesano in 1919, the first of many manufacturing plants the company would own throughout Grays Harbor County. At the peak of operation, the Schafers were running one of the largest logging, milling and shipping concerns in the lumber industry of the Pacific Northwest. Their properties and equipment at that time, not counting ships and tugs, included five sawmills in operation, served by six camps sending logs over 100 miles of rail. This required 18 locomotives, both geared and mainline types, and a total of 70 donkeys and 325 logging cars. To operate all of this equipment called for approximately 3000 employees. Simpson Timber Company purchased Schafer Brothers Logging Company in 1955.

First section of W.S. pipe being built during construction.

Aberdeen is a city in Grays Harbor (formerly called Chehalis) County. The town was platted by Samuel Benn in 1884 on his homestead. Benn was born in New York City and in 1856 he came to San Francisco. Three years later he moved to Washington Territory and settled on the Chehalis River. There are two theories as to how it got its name. Some say it arose from the fact that the Aberdeen Packing Company of Ilwaco established a cannery in early days on the Benn homestead. Others say that the name was suggested by Mrs. James Stewart, who, before her marriage in 1868, was Miss Joan B. Kellan of Aberdeen, Scotland, who had come to America with her parents in 1849 and settled in Ohio. She and her husband moved to Washington Territory in 1874.

Construction crew with pile driver and railroad trestle under construction.

For more than two thousand years the saw frame has been used to cut lumber from timber. 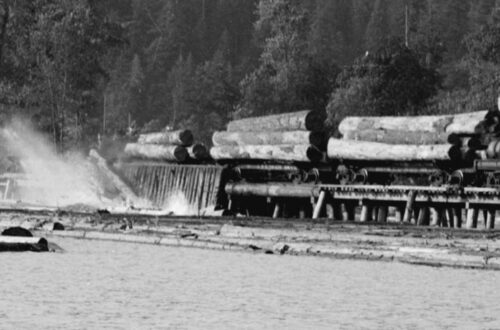 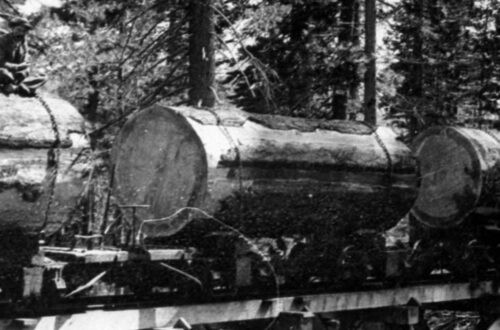 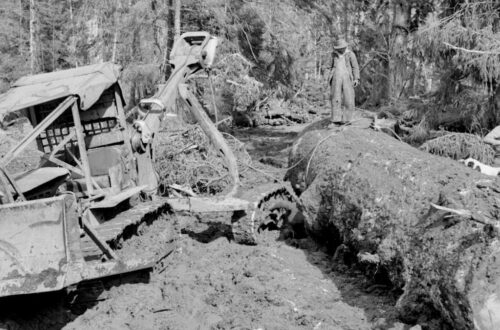