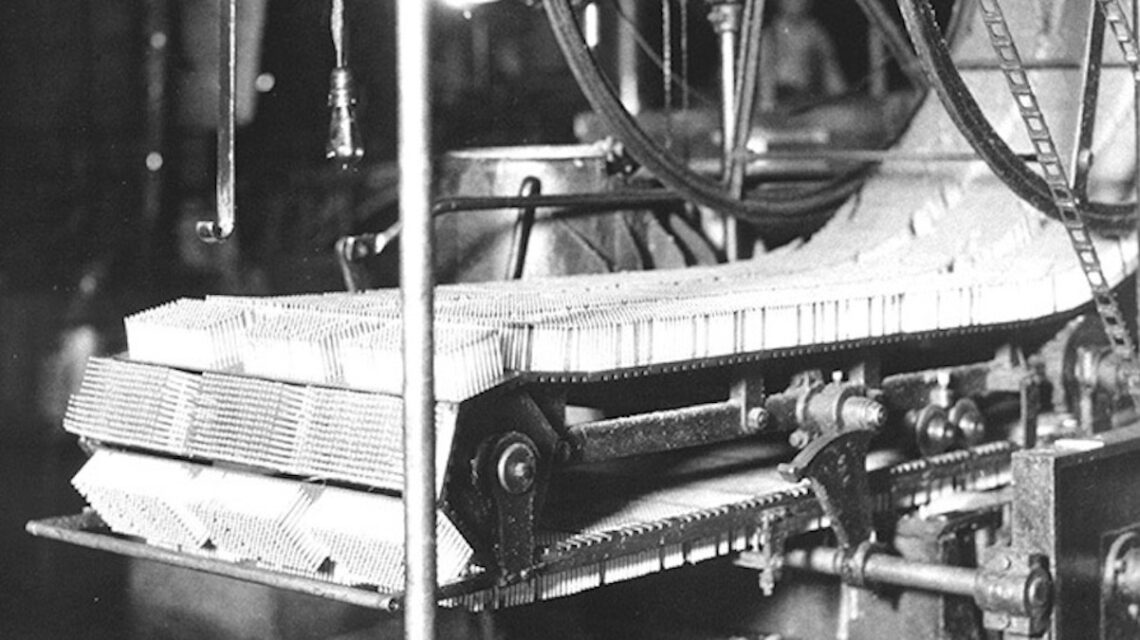 Each Saturday morning I review 10 vintage logging, forestry and saw milling photos. This Saturday morning almost didn’t happen due to a Photo library issue on the computer. While the up-to-date library is lost, I was able to dig around and retrieve a backup that is about a year old. So without further ado, this week’s review of vintage logging are various articles in relation to forestry and manufacturing of lumber.

Even if it isn’t specifically identified, it has characteristics that make it a close relative to the Eddystone Torch.

Hand-made with white or yellow phosphorus they release toxic gases. A child could be poisoned and die if he bite into one of them. This match was called the Eddystone Torch!

The match-sticks are stuck on the assembly-line that carries them along to a dipping-machine where they are dipped in various chemical products and dried until they become full-fledged matches.

The Rustic Economy, the way of making houses.

James MacLaren’s photograph is at the centre. On the left is a log-driver at work and to the right is a ship moored to a wharf with grain elevators in the background, waiting to be loaded with wheat.

The centre of the note is taken up by a shanty scene in which lumberjacks are piling logs.

To the left can be seen the photograph of George Bryson and to the right that of James MacLaren, both lumber barons. 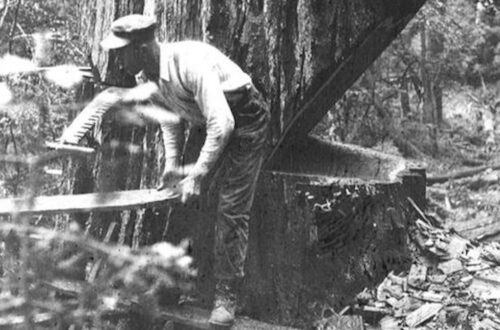 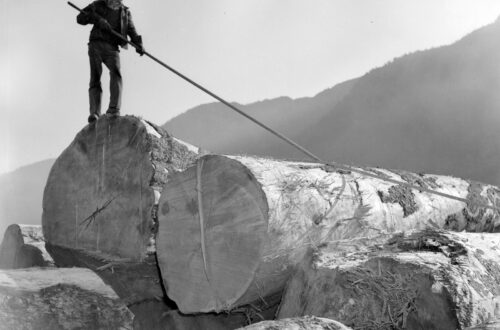 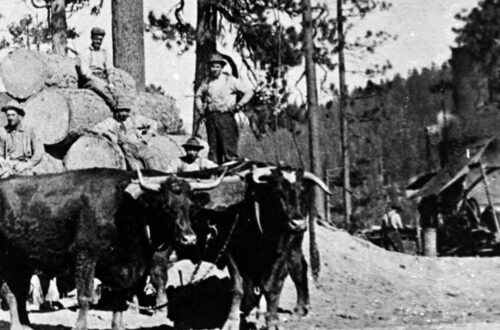