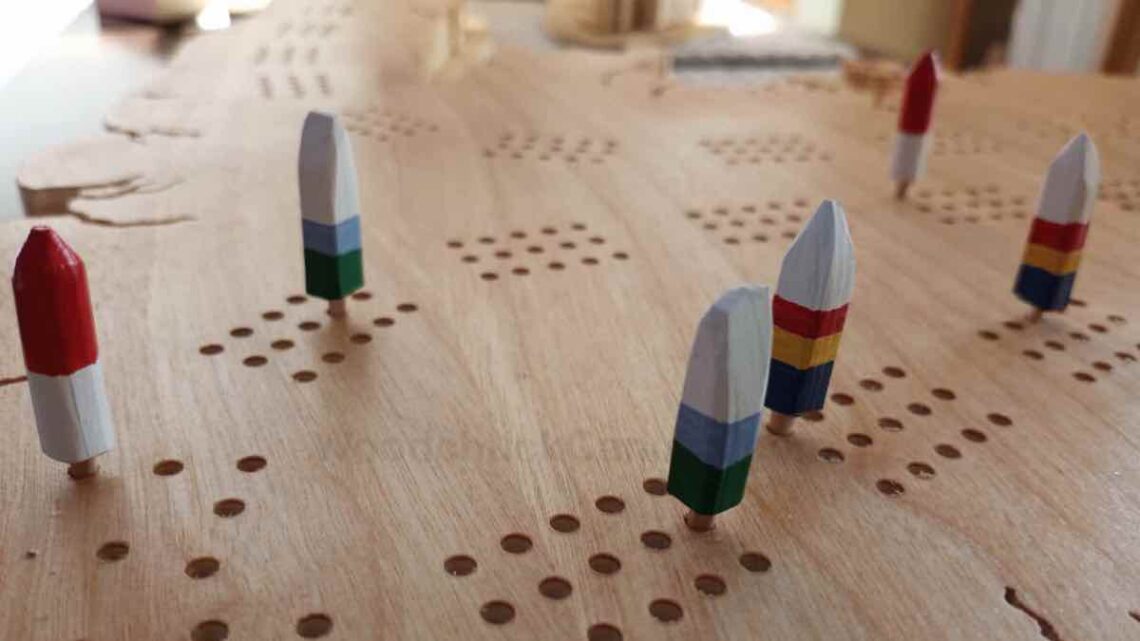 Ever play crib? It’s a fun game and we used to play but haven’t in a while. Great past time.

We received a request to make 2 maps of Newfoundland as crib boards. I believe they are for gifts. They also asked for each one to be a approximately 24 x 24 inches.

We have made several crib boards already and even one of Newfoundland. Then we had computer issues (is it only us???) and lost our files for maps. So…starting at the beginning we took a map of Newfoundland, zoomed in, and using the mouse, Jim traced the coastline.

Then we had to figure out the best placement of the holes and the pattern the holes would take to fit the maps.

Once we were satisfied with the hole pattern…

…2 copies were printed out on self adhesive vinyl and adhered to the wood.

With the scroll saw set up it was time to start cutting. After a couple hours we are at Terra Nova National Park.

When we got to the Avalon Peninsula, near Come By Chance, we had to cut outside the lines. Sort of like coloring outside the lines but less fun. The Peninsula is very narrow and by making it slightly thicker, we were hoping to make it a little stronger. We had to do the same at Port au Port on the west coast, as its a very narrow stretch of land that connects the peninsula to the island.

After another hour or so we had the first of two maps of Newfoundland.

Time to drill the holes for the crib board. For that we used the drill press.

We started down by St. Johns and made our way west towards Port aux Basques. We rounded the corner heading inland when….

The distance from the drill to the stand is 5 inches so there were a few holes in the very centre of the map that the drill couldn’t reach.

For those Jim free handed using a regular drill.

All that was left was to carefully peel off the vinyl, sand and sand some more, clean it all up with compressed air and give it a couple coats of clear finish.

We decided for a bonus we would try our hand at making pegs. Jim cut out small blanks on the scroll saw then did all of the shaping on the sander, being careful not to skin his fingers.

A little bit of this…

A little bit of that…

Then I painted them. We chose colors from the Newfoundland flag, the Labrador flag and the Canada flag.

And there you have it, two scrollsawn maps of Newfoundland made into crib boards with buoy pegs.

Now to get them entombed in bubble wrap for shipping. If the computer doesn’t loose the files for this map, we are all set to go for the next order. 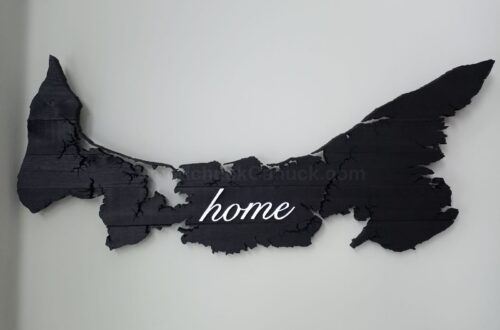 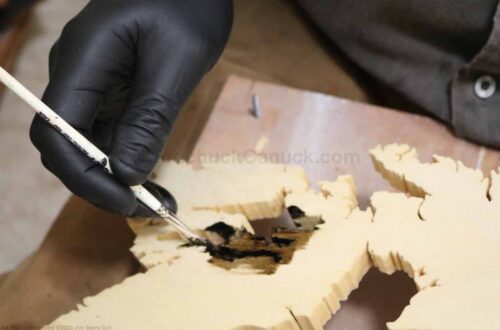 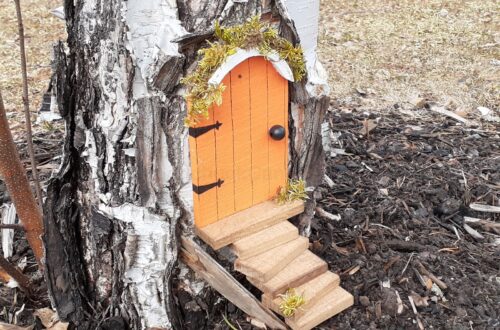