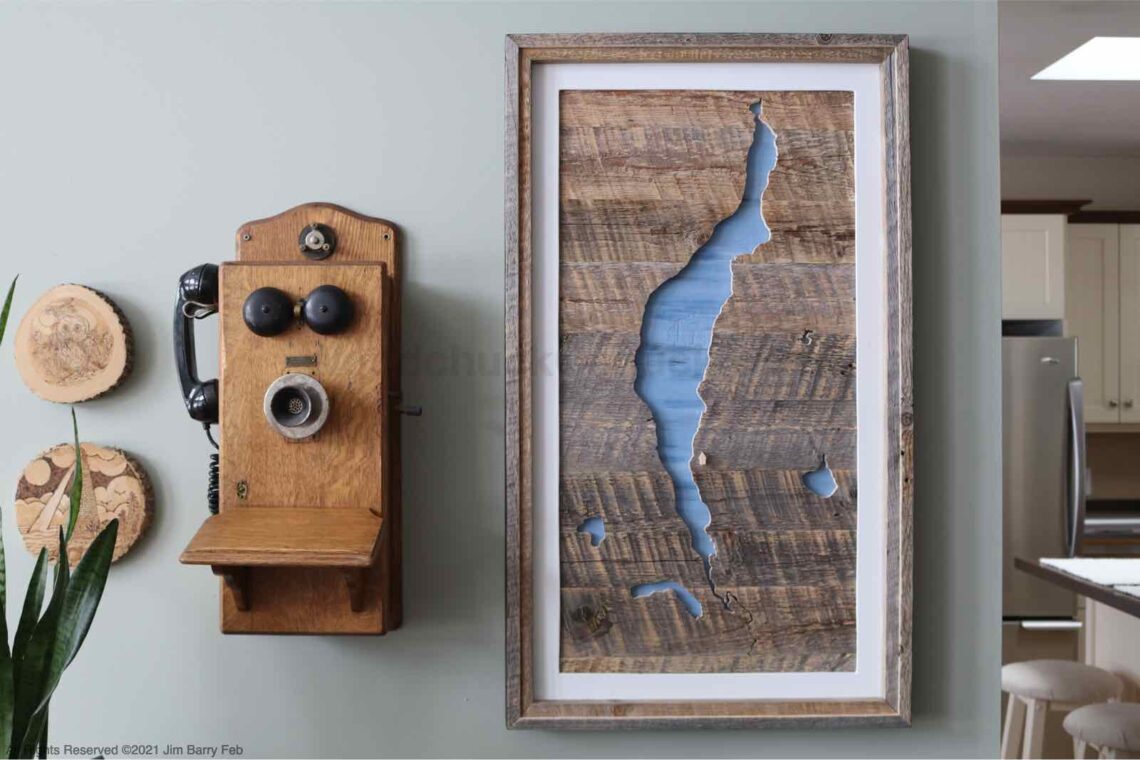 While we were working on our last map of Mahone Bay, we decided that since we don’t live on the ocean but the next best thing, a lake, we should do a wood map of said lake. And so the wood map of South River Lake was born. Go grab a coffee…I’ll wait here.

All maps start in the workshop. That means putting a fire in the wood stove first thing in the morning, and getting to work after lunch, when things warm up. It is winter in Nova Scotia after all.

Before we even get to the woodworking part of the project, we start on the computer, calling up a satellite image. We zoom and crop a bunch of photos, then stitch them together in a software program. Then trace a line using the clicker to get the outline.

From there we print it out to scale depending on the finished size which we pre-determined.

Now with the workshop warmed up so we wouldn’t freeze to death, it was time to get the boards assembled for the map.

Each board gets squared up, glued up, and sanded up. Things are looking up.

While waiting for the panel to dry, Jim set about making the frame. Since this one is for us and we could do anything we wanted, as opposed to a commissioned piece, we decided to add all the things we really like in a frame.

To make it interesting, Jim decided to build a double frame of sorts. With the outside portion of the frame built, Jim used spacers to hold up the inner frame while it was being attached. Did I lose you?

Can you see it better now?

Time to start scrolling around the lake.

While he was busy with that, I nabbed the frame, mat, and backer board and got busy painting in the house.

The frame, we decided to leave mostly rustic wood, but painted the very outside black. I taped off the face of the frame and made quick work of it. Two coats with a sanding in between coats.

Here is a close up of the frame when assembled.

Oh yeah, almost forgot the best part. Jim built a house while I was painting. LOL

We just glued it in place.

Wall space is at a premium in this house so things get rearranged and rotated on the regular. Ready for a little before and after. Always fun.

And a little closer…

Can you see our house??

Would you believe this entire project was built from one…2 x 4 x 8. Except the plywood of course, we aren’t that handy.

If you live on a lake, pond or the edge of a sink hole, we can make you a map. We will even throw in a house if you wish. 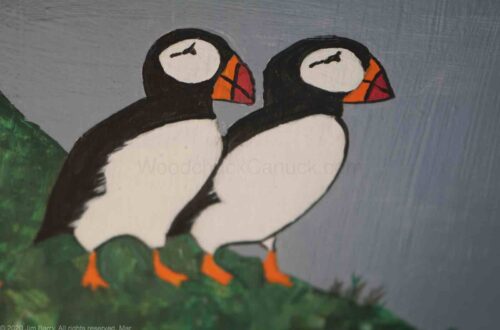 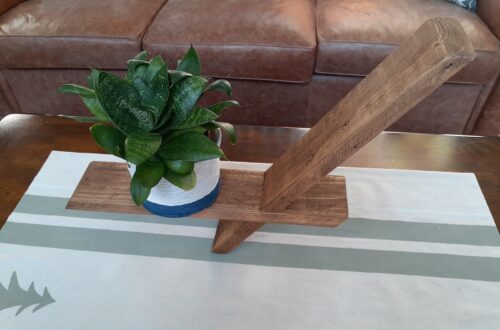