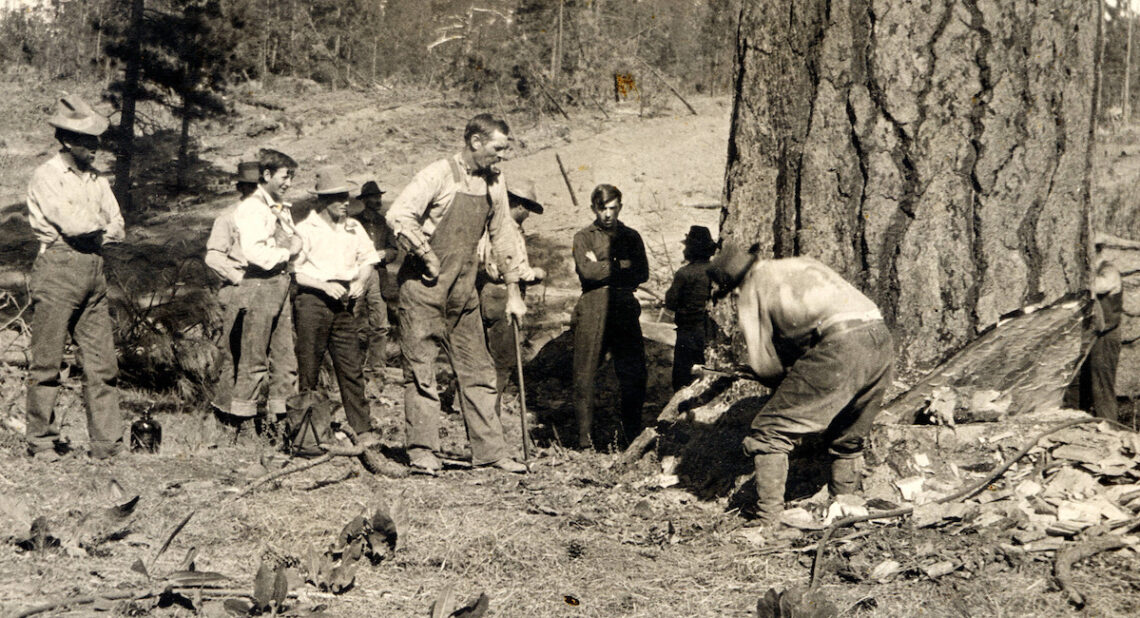 Each Saturday morning I review 10 vintage logging, forestry and saw milling photos. This week’s review of vintage logging is about hinge cuts, the front cut when felling a tree. It sets up the falling direction of the tree as it hinges on the remaining wood after the back cut is performed.

Click the images to see larger versions of the photos.

Montesano, the county seat of Grays Harbor County, is eight miles east of Aberdeen on the Chehalis River near the mouth of Wynooche River in central Grays Harbor County. In 1862, the name Mount Zion was suggested by the wife of the first settler, J. L. Scammon. Another pioneer, Samuel James, suggested the present name from the Spanish monte or mountain, and sano or health. Local authorities thought Sam’s name had more meaning.

The bottle hanging on the tree contains oil to lubricate the saw. Source: http://cdlib.org

Clallam Bay is a community on the east shore of Clallam Bay, Strait of Juan de Fuca, in northwest Clallam County. It was named for the bay, which was listed on British Admiralty Charts in 1846 by Capt. Henry Kellet as Callam, his Anglicized version of the Indian name. The name of the bay, as pronounced by Clallam Indians, might logically be Kla-kla-wice; however, Kellet attempted to reproduce the tribal name, which was S’klah-lam in Clallam dialect, or Do-sklal-ob in Twana, meaning big, strong nation.

The falling crew consisted of fallers and buckers. Fallers cut down trees and buckers saw the felled trees into lengths. Loggers used to use seven, eight, or nine-foot long saws, with a man on each end. These loggers faced great danger from trees falling or rolling on them. Source: http://cdlib.org

Aberdeen is a city in Grays Harbor (formerly called Chehalis) County. The town was platted by Samuel Benn in 1884 on his homestead. Benn was born in New York City and in 1856 he came to San Francisco. Three years later he moved to Washington Territory and settled on the Chehalis River. There are two theories as to how it got its name. Some say it arose from the fact that the Aberdeen Packing Company of Ilwaco established a cannery in early days on the Benn homestead. Others say that the name was suggested by Mrs. James Stewart, who, before her marriage in 1868, was Miss Joan B. Kellan of Aberdeen, Scotland, who had come to America with her parents in 1849 and settled in Ohio. She and her husband moved to Washington Territory in 1874.

Photograph shows a crowd watching a logger getting a tree ready to fall in Delleker, Plumas County, California.

Melbourne was a logging center on the Chehalis River seven and a half miles east of Aberdeen in south central Grays Harbor County. It was named for Melbourne, Australia, by Reuben Redmond when he platted the town in the late 1850s. Redmond was a father-in-law of Samuel Benn who founded Aberdeen in the same period. Source: http://cdlib.org

The Copalis Lumber Company was in business from 1914 to 1920. It’s logging railroad was absorbed into the Carlisle Lumber Company.

Carlisle is a small settlement on the Copalis River four miles east of the Pacific Ocean in southwest Grays Harbor County. When established in 1912 by the Carlisle Lumber Company, it was a busy logging and sawmill center. It continued to be active until the company’s timber supply was exhausted. It was named for the lumber company, which originated from Wisconsin and was founded by William Carlisle. Source: http://cdlib.org

The following are not vintage photos, but interesting nonetheless.

Not vintage, and not a hinge cut, but its impressive anyways. https://www.radionacional.co/noticia/mas-de-120-mil-hectareas-de-bosques-fueron-deforestadas-en-2013-en-colombia 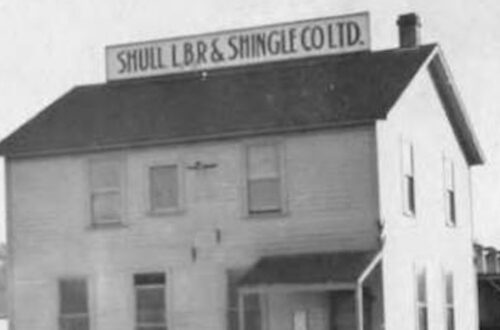 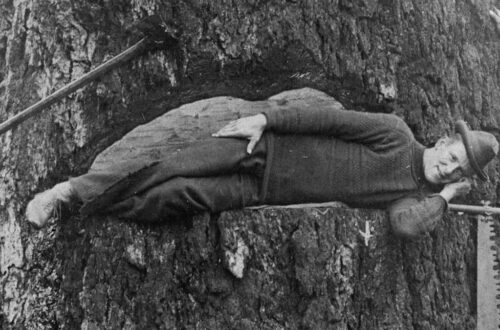 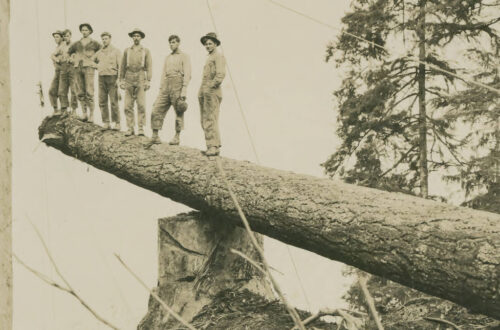