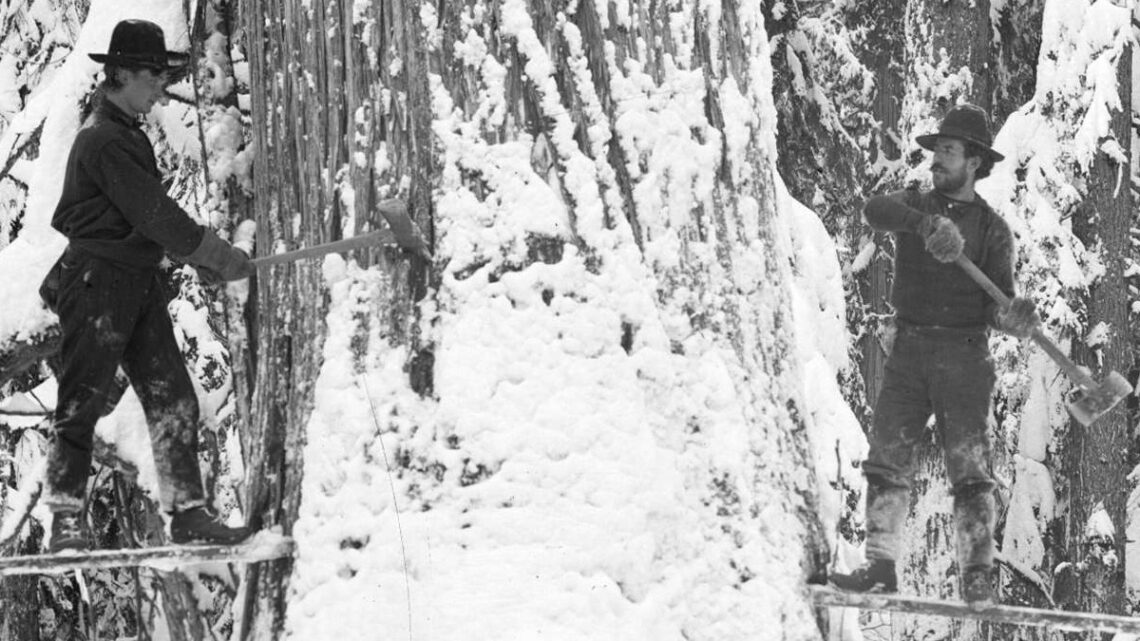 Each Saturday morning I review 10 vintage logging, forestry and saw milling photos. This week’s review of vintage logging is about winter time logging. With the recent hot days, looking at these pictures may offer a cool respite from the heat.

Photograph shows men from Turner Logging Company standing in the snow around a freshly cut tree which was hauled to Sunset Mill near Sattley, Sierra County. Notice the huge cross cut saw leaning against the tree.
Rights Information: Feb 28 2019 Special permission granted by the owning institution, California State University, Chico, CA, US, to WoodchuckCanuck.com, for use of this image for historical logging special collection review. Source: http://www.cdlib.org/

The Edwards Mill at Rideau Falls in Ottawa.

Winter has always been a great time to harvest timber, and here is a great example of how steam power was used to haul a big load of logs in Cheboygan, Michigan (about as far north as you can go before the U.P.). The rig is a Phoenix, c. 1903-05, built in Wisconsin.

Six ships in dock. Handwritten on verso are the names of ships and their captains.

Watching a big tree go down never gets old. Somewhere in British

Felling a tree with axes, near Vancouver, BC. 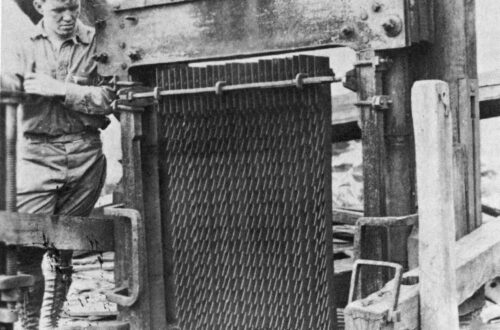 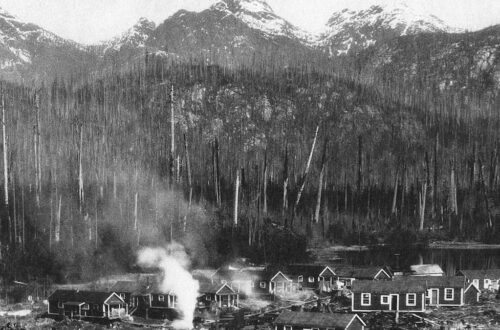 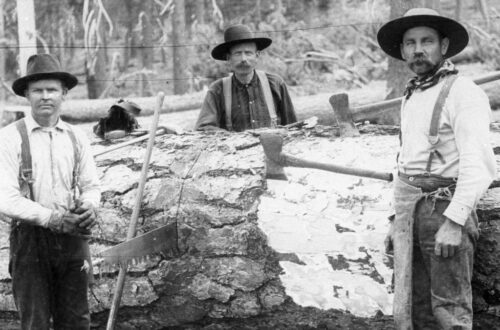