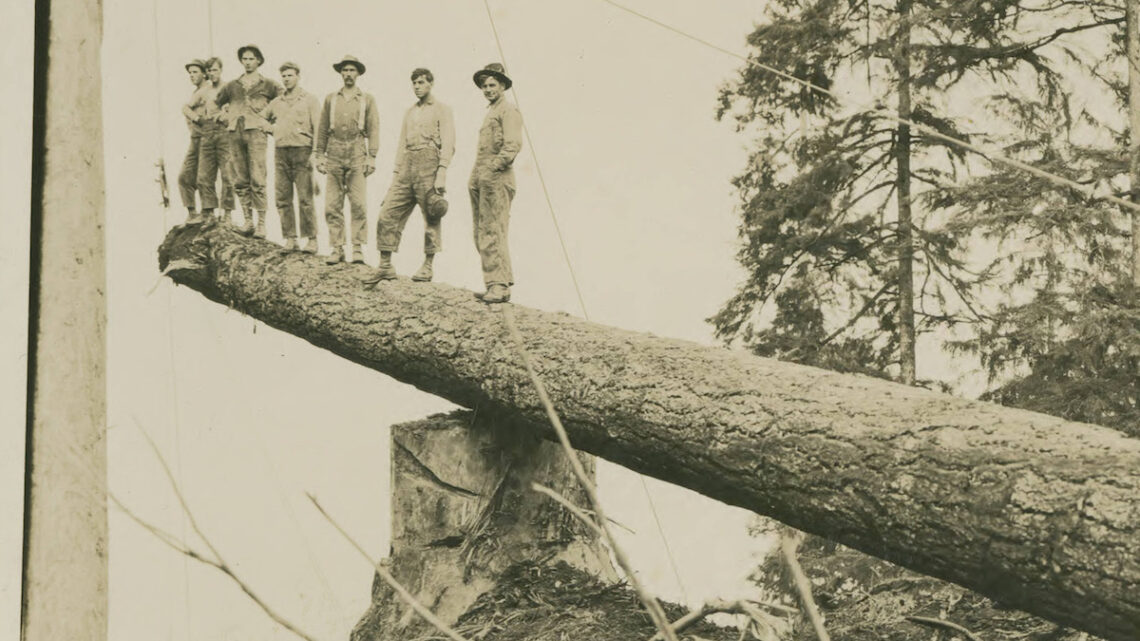 Each Saturday morning I review 10 vintage logging, forestry and saw milling photos. This week’s review of vintage logging is about the sky lines used in the logging industry to drag the logs to the landing.

Click on the individual photos to see their original size.

Logging operation, Snohomish County. Man on top of spar tree and man on cable with pincers.

Logs starting down a skyline.

County residents Ernie Anderson and Charles Lund are in the photo, but unidentified. 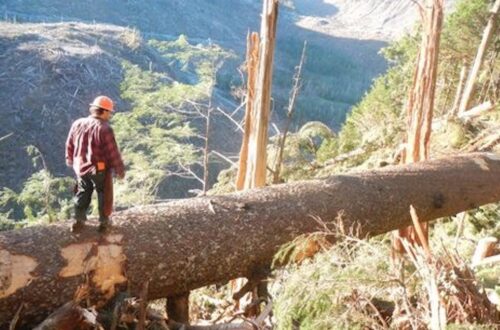 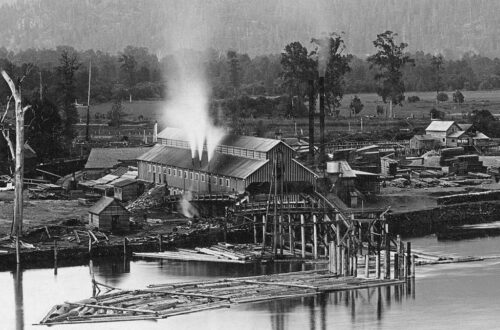 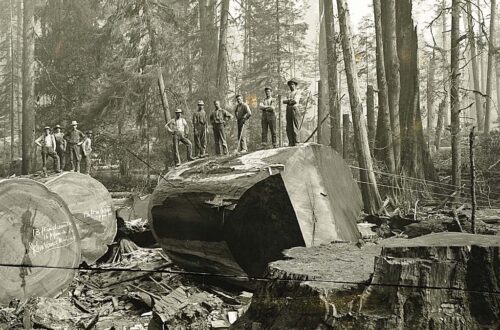