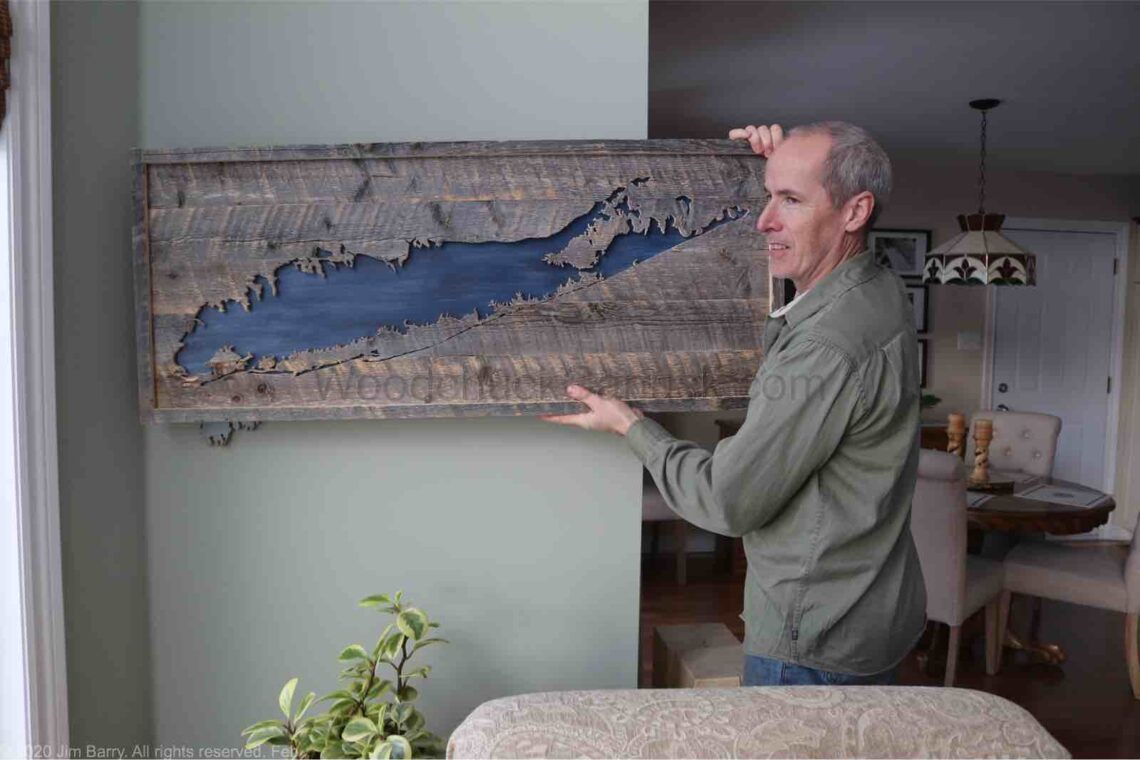 Before I show you how we made this map, any guesses where it is? I’ll give you a hint. It’s on the east coast of the US.

Since we have a lot of American readers, I expect you to get it right. The rest of you can be forgiven if you don’t recognize it. Its a map of Long Island New York.

An American customer contacted us who no longer loves on Long Island but I believe she grew up there. She asked for the finished map to measure 2 feet x 4 feet in size. We knew it would be a fun project.

To start, we had to source weathered boards. We have a stash for just this type of project, so that was the easy part. The hard part was dealing with the COLD, it is February in Nova Scotia after all. Brrr.

Jim would head out to the workshop and put a fire in the wood stove in the morning and by afternoon it would be a decent enough temperature to get to work.

These boards needed to be cut down to a little less than 1/2 inch, keeping the weathered look, so one slice off each side of the board will be used. Remember the scroll saw blade needs to be able to cut through them.

Then it was time for the glue up. Five boards in total to make the panel.

The next day or so with the glue dry and another fire in the wood stove, the panel got sanded smooth(ish), left with just enough rustic, but not the kind to give you splinters.

Back in the office the map of Long Island first had to be hand drawn. Go here to see a previous posting on how Jim makes a custom drawing of a map. Once complete it was sized according to the panel and printed out. In the workshop, Jim laid out the map on the panel, securing it into place, and began the long journey around the coast.

And a close up…

While Jim spent hours on the coast of Long Island, I was spending time painting the backer board for the project. The request was blue. The customer sent along a picture featuring the shade of blue she wanted. I got to work adding several shades of blue along with a little black, keeping in mind only a small cross section would be visible.

So with the map cut out of the panels, the backer board painted, and another fire in the wood stove, Jim built a frame using the same rustic type boards. Once all assembled, it looked like this.

The only thing left to do is box this beauty up and ship it out. 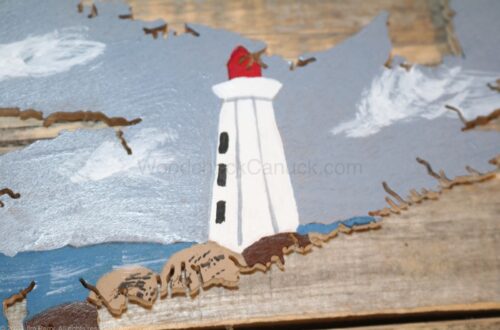 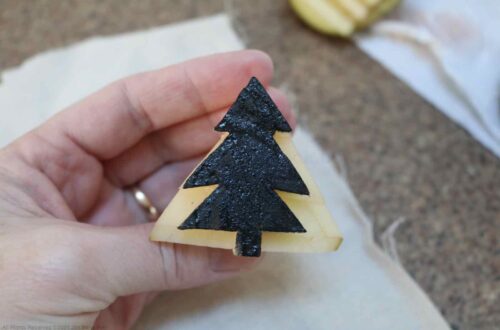 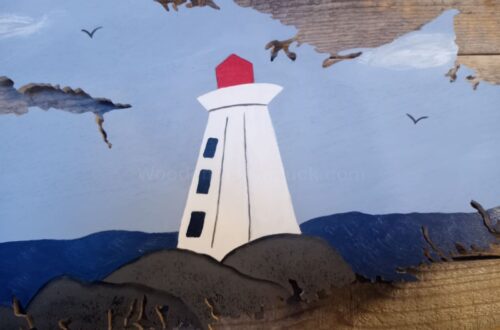