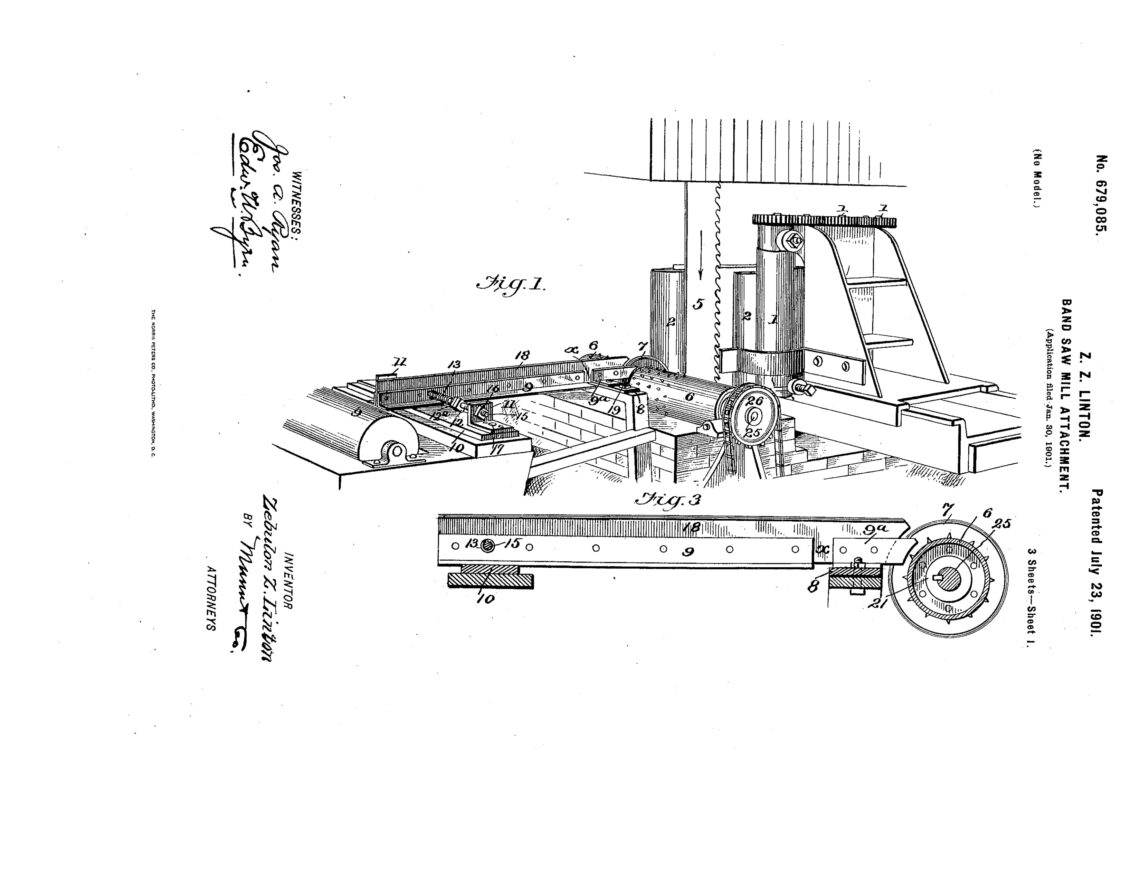 The nature of the attachment to band saws which are employed for re-sawing; and it has for its object the production of a suitable mechanism whereby the following objects may be accomplished; first, to prevent the springy timber from clamping the band saw; secondly, to hold the timber in proper alignment as it passes from the saw, so as to insure uniform and straight lumber, and thirdly, to provide a spring seated kerf guide yielding laterally to heavy pressure and allowing springy timber to follow the proper course.

Click on images to have them open for enlarged viewing. 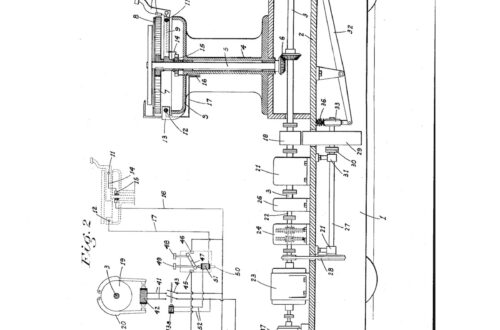 On This Day in Sawyer History Feb 11th 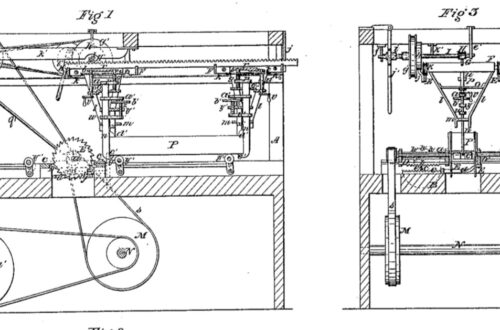 On This Day in Sawyer History Mar 3rd 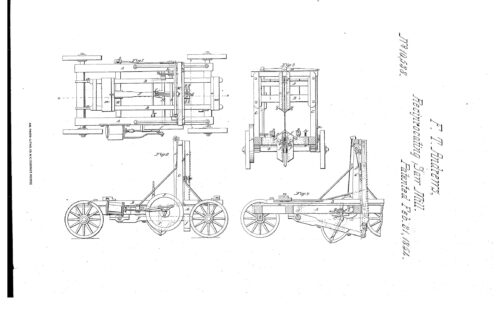 On This Day in Sawyer History Feb 21st