We had a fairly mild winter so far as snow depth is concerned. Nowhere near the brutal amount that northern New Brunswick got. The lack of snow though has meant that with the cold air, the frost has gone deep into the ground. Which is ok if you are walking and driving machines over the ground but eventually the frost has to leave and it ill make for a soppy, wet mess to deal with. This year’s to do list will involve a lot of water course management.

It being so cold this winter, I did not get much accomplished out in the workshop. With no steady heat source other than a small wood stove to take the chill out of the air, projects were cut in the shop and then brought into the house for finishing. Here’s a 4ft tall wood map of Cape Breton Island I managed to complete for a special order from Lindsay Construction in Sydney, Cape Breton.

With the snow leaving, its time to look to the work yard and plan the year’s work. Off in the distance you can see the clearing we started for our firewood business. Waiting for the frost to leave the ground to complete that work. Here’s a batch of pine logs that will be cut in the coming month.

The greyed pine is near dry enough for use.

This past week we’ve been busy processing logs into lumber. Here we’re working on getting as much 2x4x10ft lumber from the spruce and fir.

Gina is busy at the chop saw, processing the 1x lumber and scraps.

Below are stacks of boards for making pallets. We use pallets for stacking lumber and for our firewood business.

The left over parts are turned into kindling.

Moving on from the spruce and fir, we are now focusing our attention on the big hemlock and pine logs that have been in the yard since last year. To the left is a crate of 1x hemlock. The middle crate has 2x pine. The crate on the right has 2x hemlock.

The large hemlock logs are allowing us to get some nice 6×6 hemlock beams. I’ve actually milled these 6.25 x 6.25 so that I have the option to mill then into 2x beams should I need those. But for sure we need at least 6 or 7 6×6 hemlock for a special lighting project we are making this spring.

This stack of 2x4x10ft spruce/fir lumber is the results of recovering some logs that otherwise would of gone to a burn pile. It is pretty hard for me to turn my back on a log I can make into lumber 🙂

For that matter, its difficult even to throw away the small bits. For now, its all going to to stacked and dried, then sold for firewood kindling.

Once in a while someone shows up and needs their logs milled. We do custom saw milling, just contact me with what you need done. 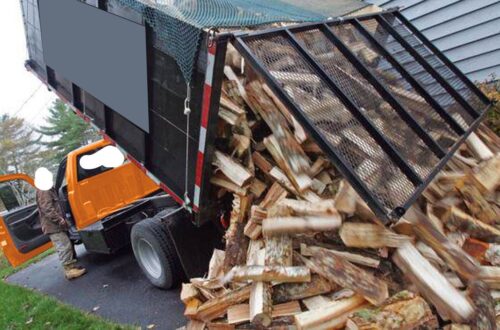 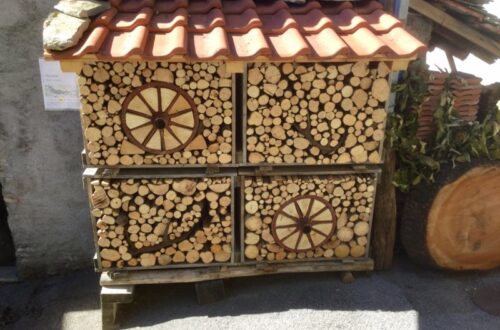 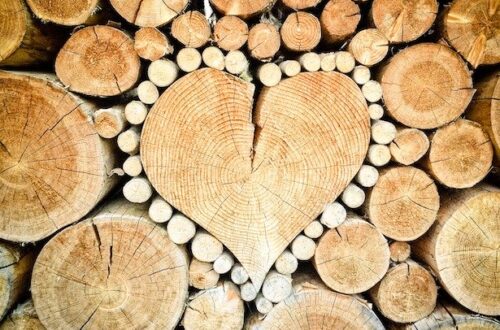