Well we officially joined the rest of Canada yesterday with our first snowfall of the season. Not bad considering it’s the middle of January.

Jim said last week that each day of good weather was one less day of winter. Preach!!

He started off with the quad and plow, but decided to use the skidsteer and do a final clean-up with the quad.

We only got about 15 cm and it was the fluffy kind, not the snowman kind. Thank you Mother Nature.

While he plugged away at that, my job was to man the shovel. We have to keep the small trailer shovelled out incase we need it, and the large trailer (which we didn’t have last year) has to be all shovelled out too.

The snow was actually deeper than it looks in the above photo. Saving grace is it was light.

By the weekend the forecast calls for four days above freezing. Perhaps we will get lucky and it will all melt. Hope is free people. 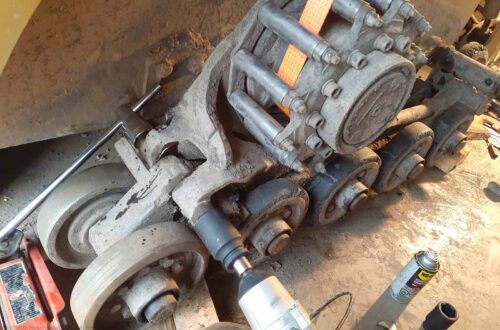